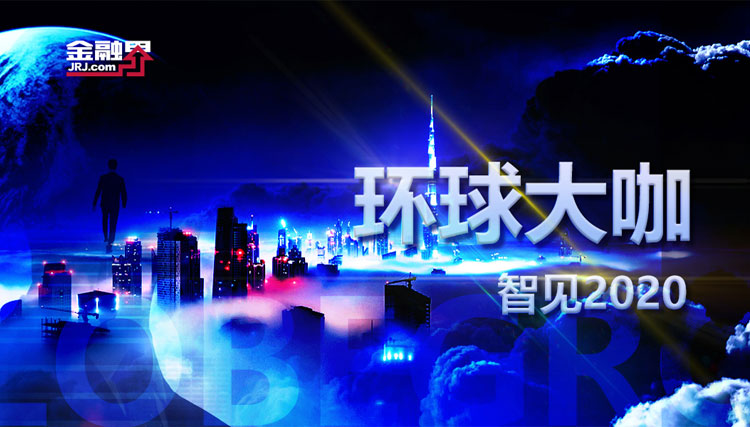 JRJ：Recently, the US Fed said it would buy corporate bonds directly under its secondary market corporate credit facility (SMCCF) instead of just ETFs. Some economists pointed out that this measure is too aggressive, and the US Fed is wasting taxpayers' money to save some almost-bankrupt companies. What do you think of this issue?

The Fed’s aggressive “lender of last resort” actions in the past few months have been critical to preventing a severe financial crisis that would have made the economic downturn in the United States more severe. Companies’ revenue is way down because people haven’t been spending and yet they still need to pay their ongoing bills. As a result, we saw companies and banks scrambling to create liquidity earlier this year, which resulted in significant amounts of “panic” selling in financial markets, creating large declines in asset prices and a lot of volatility. Generally speaking, the Fed’s willingness to lend in various ways has stopped the panic and reduced the volatility.

When acting as a “lender of last resort,” central banks want to focus on what they think are viable companies---ones that will survive once the immediate crisis is over. But, it’s very hard to judge what companies are viable right now. Looking at revenue is a very imprecise way to identify which companies will survive as some are only suffering because of social distancing and once the need for social distancing subsides, they’ll be fine. As a result, I think the Fed is doing the right thing to lend to a very wide range of companies.

JRJ: Do you think that governments in Europe and the United States are dealing with this economic crisis in an effective way? How do you assess the measures that are being taken?

I think the economic policy put in place so far by governments in Europe and the United States has been good. These governments have taken a “disaster relief” approach in that they have been channeling support to the businesses and people that have been hit hard. The idea is to try to preserve the underlying health of the economy so that activity can normalize rapidly once the virus is constrained. In the United States, for example, we have increased unemployment benefits and sent money to households more generally to avoid a massive wave of financial distress that could slow the recovery. We have also provided subsidies to businesses to keep them from failing. Importantly, these subsidies incentivize businesses to retain their employees so they also help households financially.

JRJ: According to the recent prediction by IMF, we knew that coronavirus crisis was much more severe than the 2008 financial crisis, which almost becomes a consensus. But how fast will the economy recover is still a question. There are many hypothesis of economics recovery- V,W, and U with flattened bottom. So what is your opinion about the recovery？

I believe the initial phase of recovery is going to look like a “V.” Economic activity plunged in March and April, we are likely to be a rapid partial bounceback as the businesses that can open up safely do so. The data we have seen so far are consistent with that view. However, after that has occurred, the speed of recovery is likely to slow way down. Businesses that have to make major changes to their operations to keep their employees and customers safe from the virus are going to be able to open only very gradually. Moreover, the longer it takes for these businesses to open, the more likely their employees are to suffer large financial set-backs, which will also slow the later phases of recovery. So maybe you could describe the recovery as a “V” that has something heavily weighing down its right side.

JRJ: Do you think that Western economies will be able to recover in the third quarter of this year?

It’s very likely that we’ll see large GDP declines in the second quarter followed by considerable increases in the third quarter. The explanation for this pattern is that we will probably have the virus contained enough for many types of businesses to re-open (those that can bring back employees and serve their customers without exposing them to the virus). But the latter increase is only going to make up for a portion of the decline---maybe half of it. So Western economies will make significant progress toward the recovery but by no means achieve full recovery. Full recovery is likely to take a couple of years.

JRJ: Many experts are worried that coronavirus may promote anti-globalization. In your opinion, will this crisis affect the globalization of the markets in a decisive way?

It is hard to say decisively whether we will see a reversal of globalization. On the one hand, people are going to fear travel until a vaccine is in place and, given that the virus entered most countries from abroad, there may well be some distrust from things foreign. On the other hand, the shutdowns are fostering the rise of technologies and business practices that allow people to collaborate remotely at a much lower cost. It may take a while to realize the benefits of that change, but it could be very good for globalization.

JRJ: Is it the time to worry about the high leverage for governments, households and companies?

For the most part, we should not be worrying about high leverage. For households and businesses, the alternative to taking on debt now might be failing financially altogether, which would make the recovery much slower than it otherwise would be. Likewise, governments need to be borrowing now to support their businesses and citizens. We will have to deal with this debt eventually, but doing so now would make us much worse off over the longer run.

JRJ: Would the pandemic change our daily life forever？ For example, some jobs may disappear, and people prefer travelling less.

Our daily lives are highly likely to change in some ways permanently. For example, people have become more focussed on hygiene in ways that will change their spending habits, including the degree to which they’ll be willing to be packed into airplanes and cruise ships. And, businesses are going to have to change practices and spend more to keep people safe. Work from home is likely to become more common on a long-run basis, which will change property prices and the mix of service businesses in downtown areas. But, these changes may not be that large over the longer run, particularly if a vaccine becomes widely available within the next year.

JRJ:  Any advice for policymakers?

I have two pieces of advice for policymakers. First, they need to be just as focussed on public health policy as on economic policy right now. In the United States, for example, the federal government has been more aggressive putting economic policy in place than it has building the capacity for testing, tracking, and other means of containing the virus. We have increasing evidence that even when formal shutdown restrictions are lifted, many people will not engage in the economy if they don’t feel protected from the virus. So the economy just can’t recover without appropriate public health policy.

The second piece of advice is about economic policy. The measures put in place thus far are not perfect---there is some waste and support is not reaching all of the people and businesses that need it. But, the measures have been extremely important to preserving the underlying health of the economy thus far. The problem is that the money is beginning to run out. So governments need to be willing to pass additional measures to keep the support in place. While all of this government spending comes at a cost, it really is the best thing for the economy over the longer run.